Designed in 1905 by 5 time Open Champion and former Ryder Cup Captain J. H .Taylor to improve golf in Bridlington, the original course was formerly part of the Hilderthorpe Hall Estate.  The land was obtained on a lease from local land owner J. W. Pitt.  The first recorded membership fee was in 1907 when £21.2s ensured full year’s enrolment, a visitor paid 2s. 6d. a day.

1907 saw the first club Annual Dinner, when members and guests were treated to a 7-course meal.  The local paper reported not only the names of guests, but also their attire on the day.  Ladies were active members from the outset with the club recording competitive matches against Ladies teams from Hull as early as 1910.

1916 saw considerable change as the course was altered to just 9 holes, the remainder being used for food production, with the playing 9 holes doubling up as sheep grazing land.  In 1920 the land was returned to 18 holes.  The loss of income during the First World War meant visitor fees were raised to 4s per day (20p).  In recognition of the income generated for the town of Bridlington by visitors to the Golf Club, the land which was previously held on lease by the club, was purchased by The Bridlington Corporation in 1926, securing the future of golf in Bridlington for generations to come.

Between the 2 World Wars, Bridlington Golf Club and golf in Bridlington generally, flourished, and was honoured to have 2 members whose skill at the game was internationally recognised.  Bill Stout, a local dentist, and Tom Thirsk, director of a local flour mill, won plaudits wherever they played.  Stout won the English Amateur Championship at Royal Lytham in 1928, and in 1930 represented Great Britain in the Walker Cup. 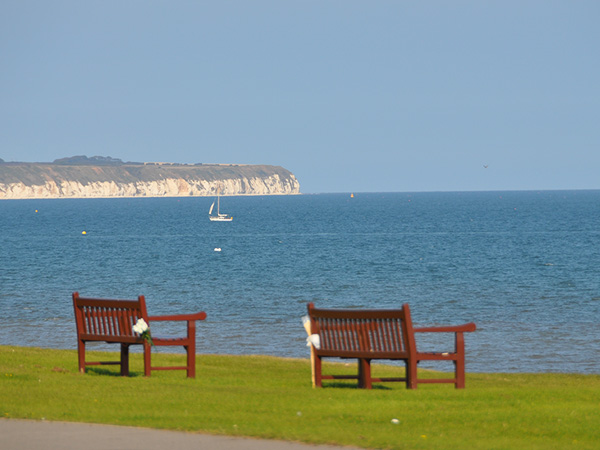 In 1936 Thirsk represented England in the Prize of the Nations (held prior to the opening of the 1936 Olympic Games) in Baden Baden, Germany. At the start of the final round Germany were ahead, Adolf Hitler, believing Germany were about to be declared winners, set off to present the prizes, however, a second successive 65 by Thirsk ensured an England victory. The news was passed to The Fuhrer who did not continue his journey. The Second World War once again meant the course was used for food production and animal feed but returned to being a golf course after the war.

In 1977, the club applied to the local authority to take over a lease on the course, which would allow it to be managed by the club. This was refused, but they were allowed 3 representatives on a liaison committee which discussed management of the facility. The club officially gained total control of the course in 1986, signing a 28-year lease. During the following 20 years, thousands of trees were planted on the course, new water features created, bunkers dug, and fairways altered as the club flourished under its own management.

The Golf Club celebrated it’s Centenary in 2005 and with it a new 99 year lease was signed with the East Riding of Yorkshire Council. This maintained the high standards of golf in Bridlington with the club being a flagship for the town.

In 2014, the East Riding of Yorkshire Council, the then owners of the land on which the course stands, in recognition of the huge income that golf generates by way of visitors to Bridlington, offered for sale, the Freehold of the course back to the club. So began 5 years of negotiation, which culminated in contracts, for the sale of the land and the building of the new Belvedere Hotel, being exchanged in December 2018.

Building works on the hotel and associated golf facilities commenced in December 2018 and were completed in the Autumn of 2019. The negotiations to purchase the Golf Course from the East Riding of Yorkshire Council, were finally concluded in November 2019, which coincided with the Belvedere Hotel and Golf facility opening it’s doors to customers. 2019 was a landmark year and signaled the start of a new chapter in the history of Bridlington Golf Club.

Latest from our Blog

Tickets are now on sale for the social event of the year. The New Years Eve Extravaganza is always a popular event and tickets priced at £30pp are selling fast. If you would like to [...]

Grab your friends, family or work colleagues and head down to Bridlington Golf Club for a Christmas Party to remember. Great venue, fantastic food, good company and dance the night away with our resident [...]

“The course is always presented to a high standard, I’ve always enjoyed the challenge of the course. I will be back”

“An excellent course with many challenging holes, fantastic day of golf”

“Great course to visit, no improvement needed (unless you can move the course nearer to Manchester), we’ll be back”

Ken Earl
Toggle Sliding Bar Area
Cookies To give you the very best experience on this website, we would like to occasionally place small data files called cookies on your device. However, the settings on this website are set to 'deny all cookies' by default and we will not use cookies without you explicitly telling us we can by clicking "accept" below.
Accept
Read more
Go to Top